by Margherita Bianchi and Daniele Fattibene

Current security threats represented by illicit substances and explosive materials might significantly be challenged through innovative technological support. Actual devices appear to be inadequate in effectively tackling this dangerous and ever-expanding criminal market. A concrete answer is represented by NOSY, a EU-funded project whose advanced characteristics allow higher sensibility and more helpful monitoring. The use of NOSY’s recorded data as judicial proofs in courts could represent a great step forward both in the quality and in the timing of judgments. Novel science needs however richer clarification about its validation, thus its admissibility in courts.

In the latest months, Europe has undergone an unprecedented wave of security threats throughout its territory. One of the main concerns is linked to the rapidly spreading new criminal dynamics and the lack of efficient instruments to fight them. Indeed, if compared to the past, a much more interconnected organized crime takes advantage of the benefits of open international borders and greater mobility. Moreover, being modelled on real entrepreneurial schemes, it is becoming a major economic player on the global stage.

The challenge is two-fold: on the one side Europe is an important market for drugs and its precursors, both for production and trafficking. Cannabis and synthetic drugs are mainly produced within European borders, joined by large amounts of illicit substances imported from South America, North Africa and West Asia as well as psychoactive substances coming from China and India. Depending on the type of drug, substances are primarily led to Europe through the Balkan route, Turkey, the Middle East region, South-eastern and Western Europe, indicating the massive dimension of the problem.

On the other side, the exploitation of explosive materials is a growing worrisome reality, especially for its potential effects in public spaces and its powerful emotional impact on the public opinion. Jihadist terrorism and the related phenomenon of foreign fighters allow training and transfer of information directly on the European territory. Terrorists are now taking full advantage of new capabilities, technology proliferation, knowledge sharing, scientific and economic development, using a variety of substances as weapons. As a result thereof, attacks and victims have augmented in the last few years and have more and more threatened world population with their unpredictability. The use of firearms and person-borne explosives were vehemently displayed in November 2015 in Paris. As a matter of fact, ISIS produces a large number of Improvised Explosive Devices (IEDs), frequently home-made, by assembling components that are easily available on the market at low costs. ‘Ingredients’ used for explosives are frequently legally traded, in most cases with regular export licencing and not being subject to transfer controls, resulting in a very problematic frame.

These heterogeneous materials, whose trafficking and transportation is made clandestinely and inside specific packaging, are more and more difficult to intercept. Noisy environments further complicate the picture, and make current commercial investigative tools inappropriate to cope with the problem.

The role of novel sciences: the NOSY project

Innovative technology can therefore constitute a valuable support to security. In this framework, the elaboration of miniaturized devices with amplified sensibility, reliability and improved cost/benefit relationship could serve as an instrument to efficiently detect dangerous materials. The New Operational Sensing System project (NOSY), supported by the European fund Horizon 2020, might represent an important qualitative leap. The goal chased by NOSY is indeed that of developing a very small, concealable sensing platform allowing the identification of illicit or suspicious substances. This new instrument guarantees low power consumption and robustness, self-protection and specific authentication mechanisms for operators.

The NOSY project results in a platform made up of a miniaturized sensing device, a monitoring station and a communication infrastructure for Law Enforcement Agencies (LEAs) and forensic end-users network integration. The enabling technology of the system is a new microelectronic sensor, combining modern micro and nanotechnologies with advanced smart sensing materials. Based on the same core technology, different devices for both individual and embeddable monitoring and recording of substances are then foreseen, with continuous battery operation and for unattended monitoring.

NOSY is expected to deliver major benefits to investigation activities and to LEAs daily work. What makes its approach unique is its high sensitivity and capacity to detect false-positives, allowing a more accurate detection of illicit substances as drugs and explosives. Moreover, its ease of use permits a wide-range of monitoring activities in the area of terrorism prevention. Early warning systems for the presence or release of armful or illicit substances might find in NOSY a great support, which will also permit first responders to intervene on time with appropriate countermeasures. NOSY sensors can for example be included into existing surveillance networks. The device contains proofing from any type of external tampering: data are protected from attackers and hidden from casual onlookers, being exclusively accessible to LEAs. Information is indeed secured by strong mathematical protocols and with respect to citizens and entities involved. Another major aspect of the project is its market potential, with extremely large perspectives of application. 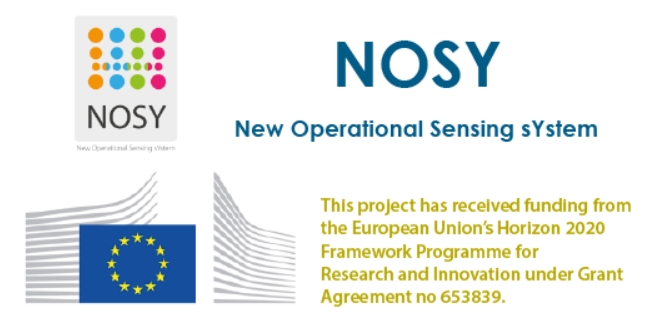 NOSY is coordinated by the Italian company Aero Sekur S.p.A., in partnership with 12 beneficiaries including the think tank Istituto Affari Internazionali (IAI), which has organized a workshop in Rome in January 2017 to discuss about the project. The event has gathered several potential interested end-users from Law Enforcement Agencies (LEAs), forensic institutions, academia and independent experts. The contributions collected were helpful to identify the different standpoints, in order to clarify doubts, add specific inputs into the project and enhance NOSY’s overall added value. The pro-active participation of all invited end-users has confirmed their fundamental role in clarifying particular aspects of the device and the potential implications this technological tool might have on security operators and citizens.

One of the most interesting as well as challenging issues raised during the workshop, regards the necessity to guarantee compliance to relevant forensic requirements. The project will indeed propose a process tailored to the new sensing devices to enable its legal validation for forensic use, in compliance with European privacy requirements. In any case, the thorniest aspect concerns the use of NOSY’s recorded data as evidence in Court. In particular, it is essential that the project considers the legal integrity and chain-of-custody requirements to enable the presentation of evidences obtained at the Courts of Justice.

The challenge ahead: admissibility in Courts

Todays’ proceedings are extremely long and are frequently based on witnesses, which is no longer sufficient. In this sense, it is unquestionable that the quality and the timing of criminal proceedings may definitely benefit from more solid data as those provided by NOSY. However, it is equally evident that, as courts use scientific evidences, the ‘scientificity’ of these novel records must be clarified. In other words innovative technological tools might represent a huge support in securing our society, but their emerging role is posing some concern on the legal side when valuing scientific proofs. This is explicable by considering that evidences of criminal conduct are rapidly evolving into a multidisciplinary mosaic of law, science and technology. As never before, the ever-expending universe of scientific pursuits diverges from the traditional legal method in a remarkable way. Each stage of NOSY is based on grounded scientific bases, but the overall system undeniably produces novel science with different results, if compared to the classical and widely accepted type of scientific evidences. Novel science is hence the hardest science to be assessed and to be upheld in court.

Two aspects could help untangle the question. First of all, some specific principles could be used to evaluate the admissibility of NOSY’s data: judges usually use the so-called Daubert Standard, potentially applicable to NOSY as well. This approach acknowledges scientific evidences by considering their standards, methodology, techniques and error rates. Secondly, we should consider that NOSY is undeniably an investigative tool, but at first sight it appears as providing mostly technical evidences. Pioneering expert figures should thus be foreseen to assess novel evidences’ stance, transforming technical information into scientific proofs. Its scientific validity could surely guarantee the exploitation of NOSY’s full potential in enhancing security. ©

Other articles of IAI 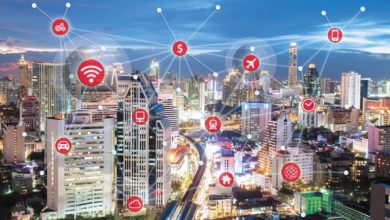 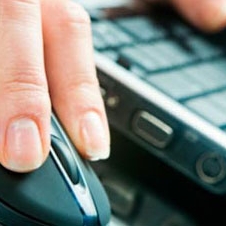 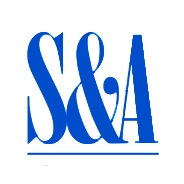 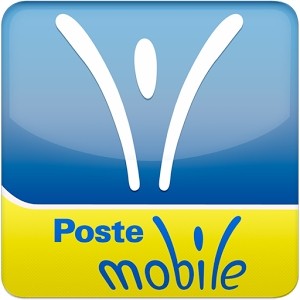 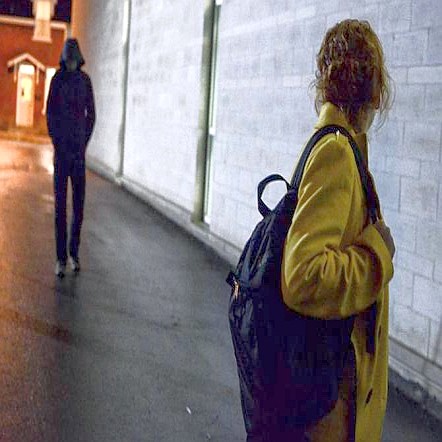 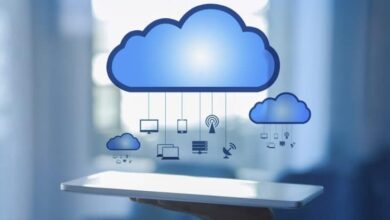 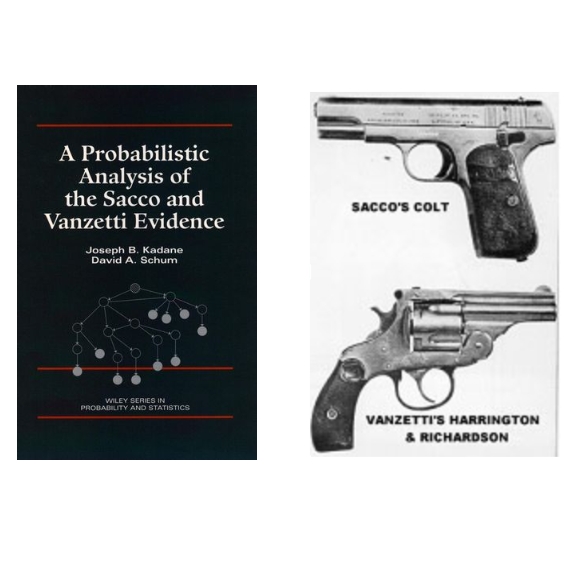 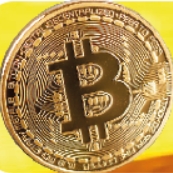